The products listed on this site are protected by patents in the U.S. and worldwide. This website is provided to satisfy the virtual patent marking provisions of various jurisdictions including the virtual patent marking provisions of the America Invents Act. The following list of DryShield, LLC patents may not be all inclusive, and other DryShield, LLC products not listed on this site may be protected by one or more patents.

Other patents pending in the U.S. and worldwide, including Brazil, Egypt, India,  and Iran, among others. 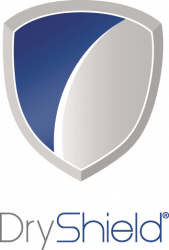